In countries around the globe, food is an important part of celebrating the holidays. One of the biggest holidays in Japan is New Year’s, and a ton of traditions accompany this holiday.

In this article, we'll show you some of the New Years’ staples in Japanese cuisine.

To celebrate the coming of the new year, Japanese people eat special dishes on New Year’s Eve and Day. The foods commonly consumed for New Year’s are called osechi ryori, which literally means “New Year’s food.” These foods are typically served in a tiered bento called a jubako and are enjoyed with family and/or friends.

The tradition of eating osechi ryori can be traced back to the Heian Period (794 to 1185). This was a time before refrigeration, but many of these celebratory foods needed to last several days. So a majority of Japan’s New Year’s dishes are pickled or preserved.

Traditional osechi ryori represent people’s desires for the new year and have symbolic meanings. These New Year’s foods can bring everything from health and wealth to luck and academic success.

Osechi ryori can be savory, sweet, or somewhere in between, so there's certainly something for anyone. Here are five delicious traditional Japanese cuisine prepared and eaten during the New Year celebration. 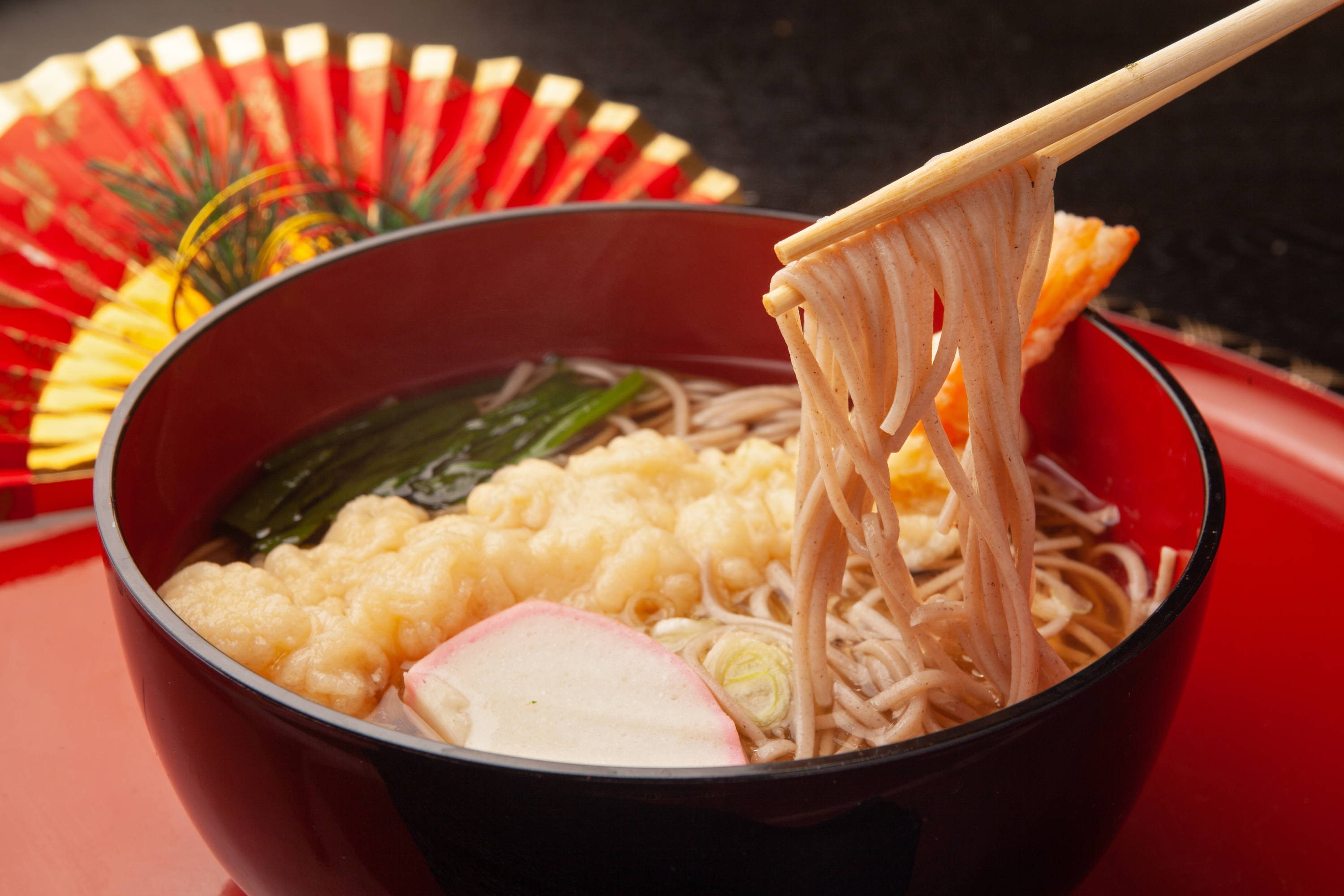 Toshikoshi soba eaten at the end of the year

Soba noodles are made from buckwheat, which is what gives them their warm brownish color. Toshikoshi soba, also called "year-crossing noodle," is symbolic. The long length of the buckwheat noodles represents longevity, while the ease of cutting the noodles signifies cutting off any negativity or hardship from the prior year. These soba noodles are prepared simply with hot dashi broth and green onion for a simple meal.

Ending the year at a traditional Japanese restaurant with a bowl of something comforting and delicious is never a bad idea-and forgoing negativity is a smart move too! 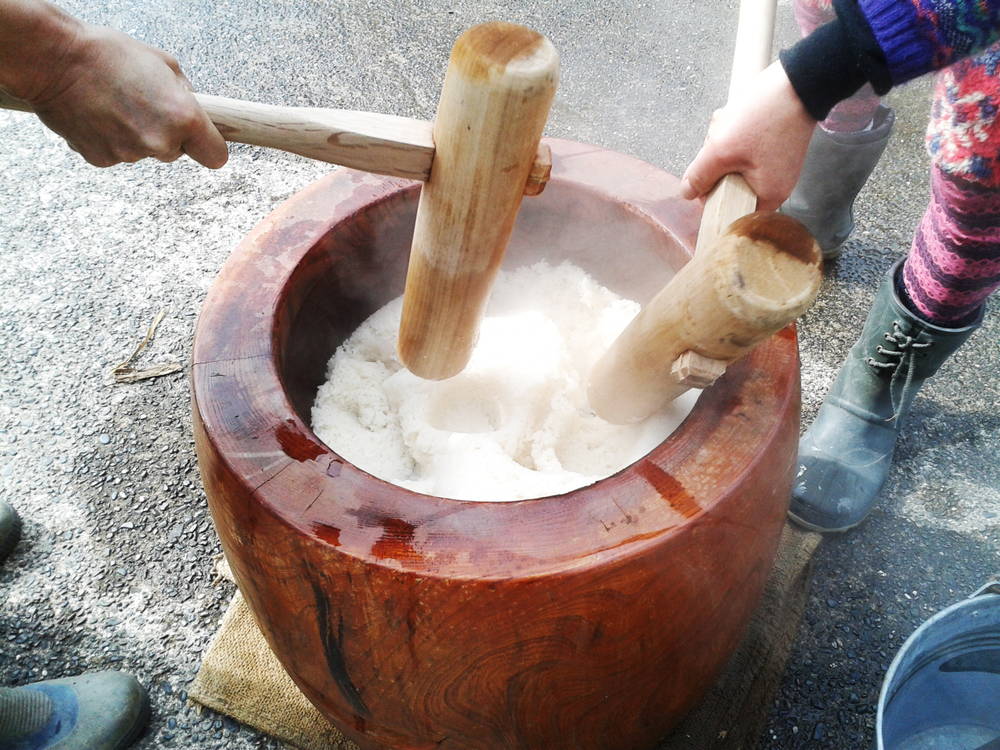 Mochi is an insanely popular Japanese confection. Though this Japanese food can be enjoyed year round, mochi is an important part of celebrating the new year in Japan.

The word mochi sounds like the Japanese term for "to have" or "to hold,” and so eating mochi is said to help you achieve good fortune during the new year. Traditionally, New Year's kinako mochi are covered in a roasted soybean powder.

One type of mochi, called kagami mochi is used to decorate for New Year’s. Two stacked, rounded mochi with a bitter orange or daidai on top, kagami mochi is a kind of offering that goes on a home’s Shinto altar.

When it comes to mochi-related, New Year’s festivities, many communities have traditional rice-pounding tournaments called mochitsuki taikai. Those who attend these events can sample a variety of the freshly made mochi—and hopefully gain some good luck! 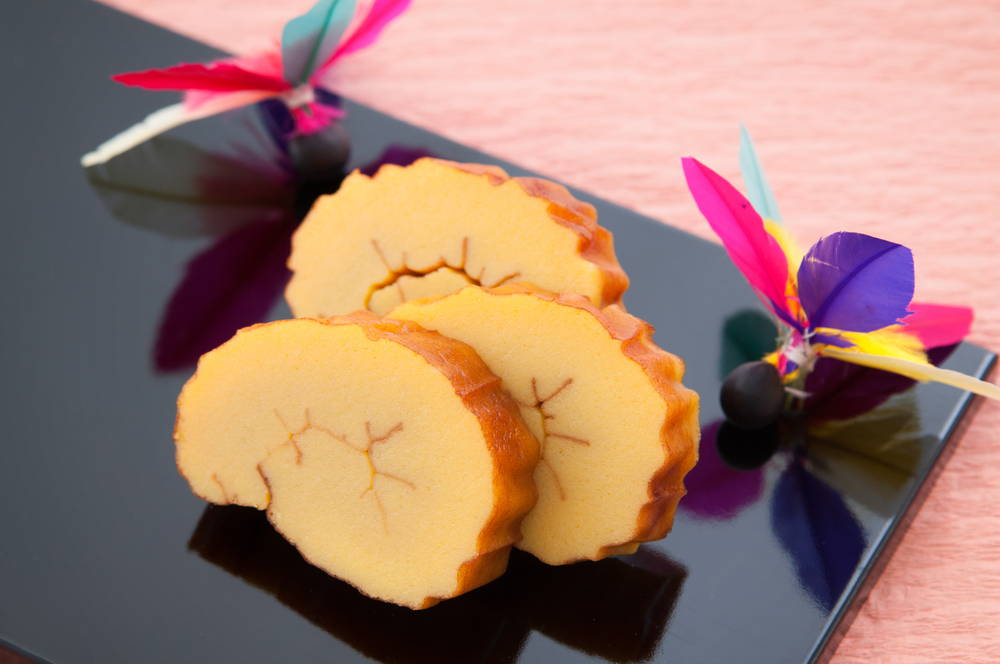 Datemaki is a sweet rolled omelet that’s mixed with a savory paste. The wavy border and inner swirl of datemaki kind of makes it look like a naruto or “fish cake,” which is interesting since there’s fish in the dish.

Datemaki is mostly made of egg, while the sweetness comes from a mixture of honey, mirin, and soy sauce, along with a square of white fish cake called hanpen, which makes the dish fluffier.

This sweet and savory roll is an osechi ryori because it resembles a rolled scroll, symbolizing academic prowess or success with studying. 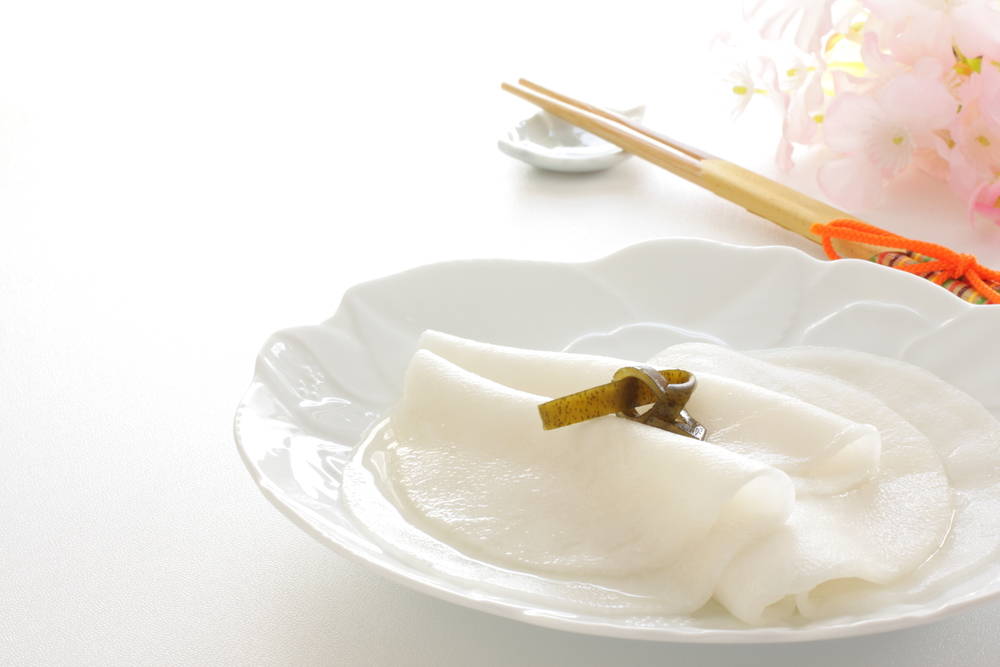 Kabu-no-sunomono is a Japanese New Year’s dish made from a pickled baby turnip.The turnip, a hearty root vegetable, is first shaved into thin slices and is sometimes plated to look like a chrysanthemum flower. The chrysanthemum a symbol of the emperor in Japan and is used to celebrate happy occasions.

The pickling liquid used to make kabu-no-sunomono is typically composed of vinegar, salt, and sugar. A chili pepper is added to the middle of the shaped turnip to give it a pop of spice and color, and make it more closely resemble a flower. More commonly though, thin sheets of pickled turnip are more simply plated.

Not only is kabu-no-sunomono pretty to look at, but it's also bright, and the vinegary flavor is punchy and delicious. 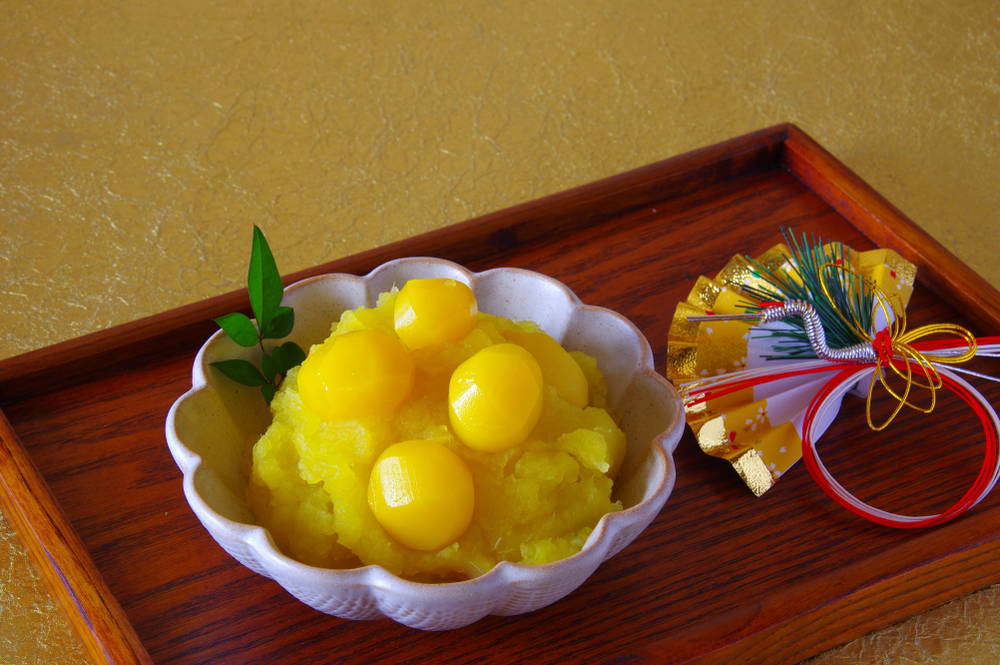 Kuri kinton, which means “chestnut gold mash,” is a dish made from candied chestnuts called kuri and mashed Japanese sweet potatoes known as satsumaimo. Sweet potatoes from Japan are more yellow than orange and tend to be sweeter than the potatoes most Americans are used to.

To make kuri kinton, the satsumaimo are peeled, cut, and boiled before being mashed or pureed. The chestnuts, which are preserved in a sweet syrup, get added to the potatoes, along with some of their syrup, some salt, and mirin.

The beautiful, yellow-gold color of this dish represents wealth and success—and who wouldn’t want that in the new year?

Japan’s traditional New Year’s foods, whether they’re sweet, savory, or a mix of the two, celebrate the coming of the new year. While the holiday brings together family and friends, the osechi ryori can gift academic success, health, wealth, etc. to those you choose to celebrate with.