Mochi is a traditional Japanese snack composed of a sticky rice cake made with glutinous rice called mochigome. Despite the presence of this glutinous rice, mochi are gluten free unless otherwise indicated and are often vegan depending on the filling. The Japanese word mochimochi translates to “chewy,” “springy,” or “elastic” which all accurately describe the unique texture of mochi. Mochi are a traditional Japanese snack to celebrate the new year because they are symbolic for holding on to good luck, but they are also enjoyed all-year round and have become a popular snack outside of Japan. There are many different types of mochi and different methods for making mochi, which makes sense because mochi is such a wonderful vehicle for a variety of flavors and textures. Mochi are known for being colorful, typically sweet, and filled with something like jelly, bean paste, or even ice cream! 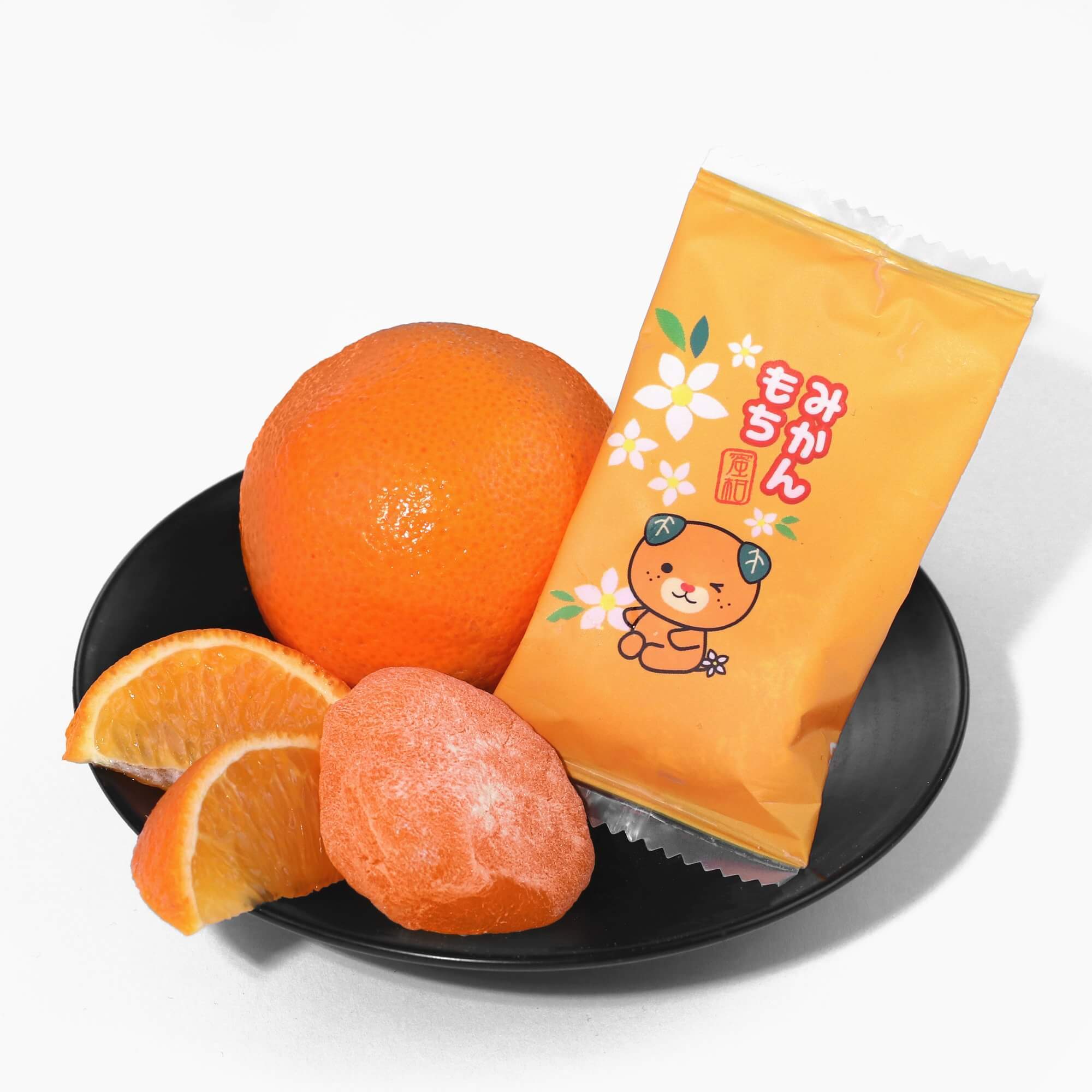 Pom Ponjuice Mikan Orange Mochi are orange-colored mochi filled with sweet orange jam that is surrounded by a layer of marshmallow. These mochi are made in collaboration with Pom Ponjuice, the popular Japanese mikan juice company. Mikan is a very sweet mandarin fruit that originated in China but is extremely popular in Japan. It is similar to tangerine oranges in taste and appearance. These little mochi contain all the flavor of Pom Ponjuice’s classic mikan drink in a delectable, bite-sized form! 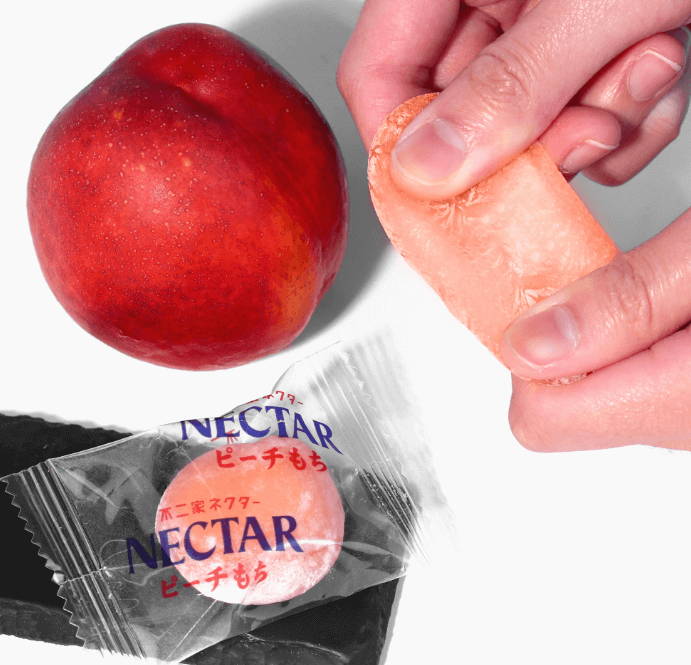 Fujiya Nectar Peach Mochi are filled with peach jelly wrapped in a thin layer of marshmallow. These adorable Japanese mochi resemble a peach and capture the sweet and delicate flavor of the juicy fruit. Fujiya Nectar Peach Juice uses real ingredients, like peach puree to attain this fresh flavor. These mochi are as delicious as they are cute! 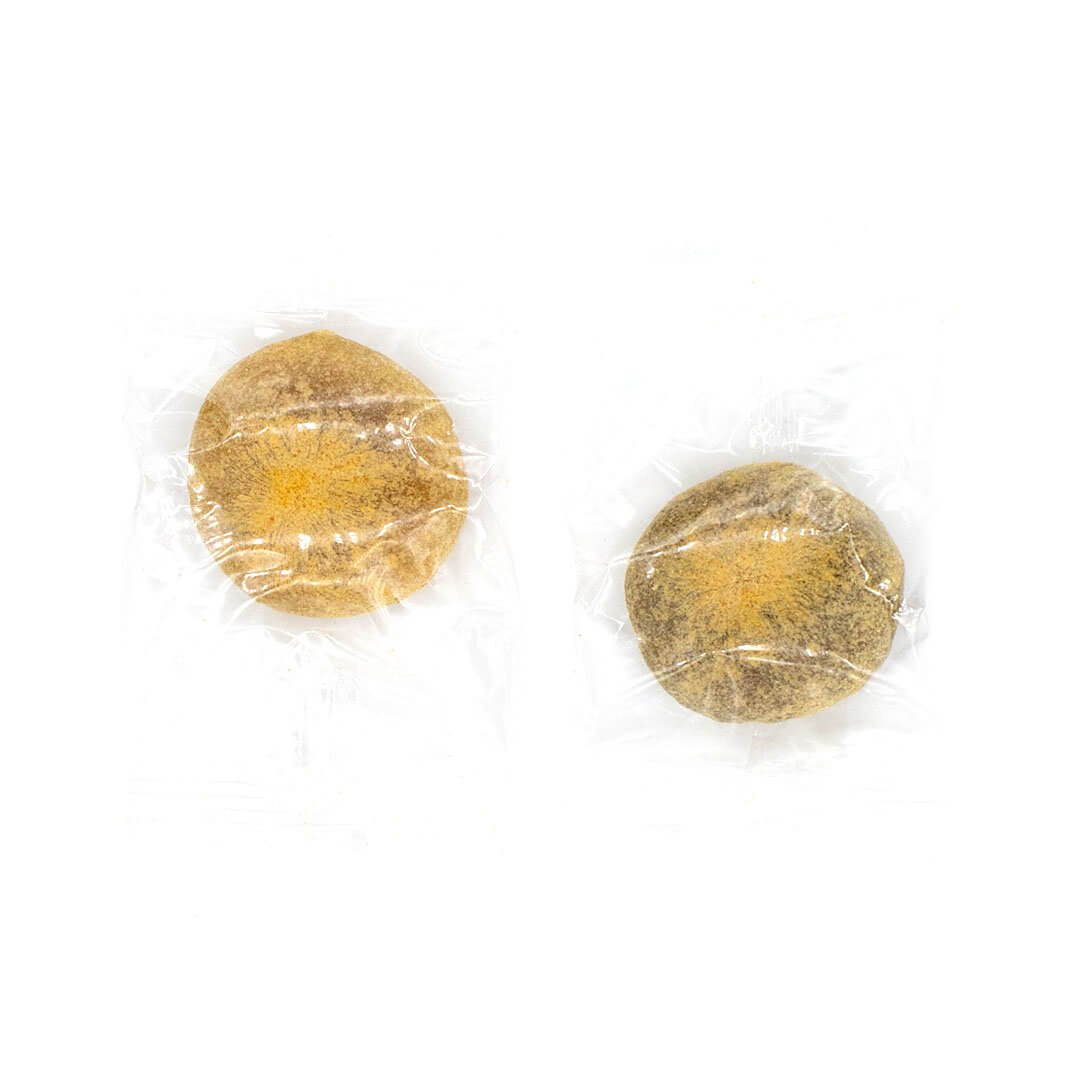 Daifuku is a particular type of Japanese mochi containing a sweet filling, typically of anko, or red bean paste. These Cinnamon Fresh Yatsuhashi Daifuku have the classic anko filling, but the outer mochi takes on a unique twist. The mochi itself is inspired by yatsuhashi, a Kyoto snack covered in kinako, or roasted soybean powder. This powder lends a nutty and cinnamony flavor to the mochi, making it a comforting autumnal snack. Unique from the more common fruity mochi, these mochi encompass the warm flavors of your favorite bakery treat. 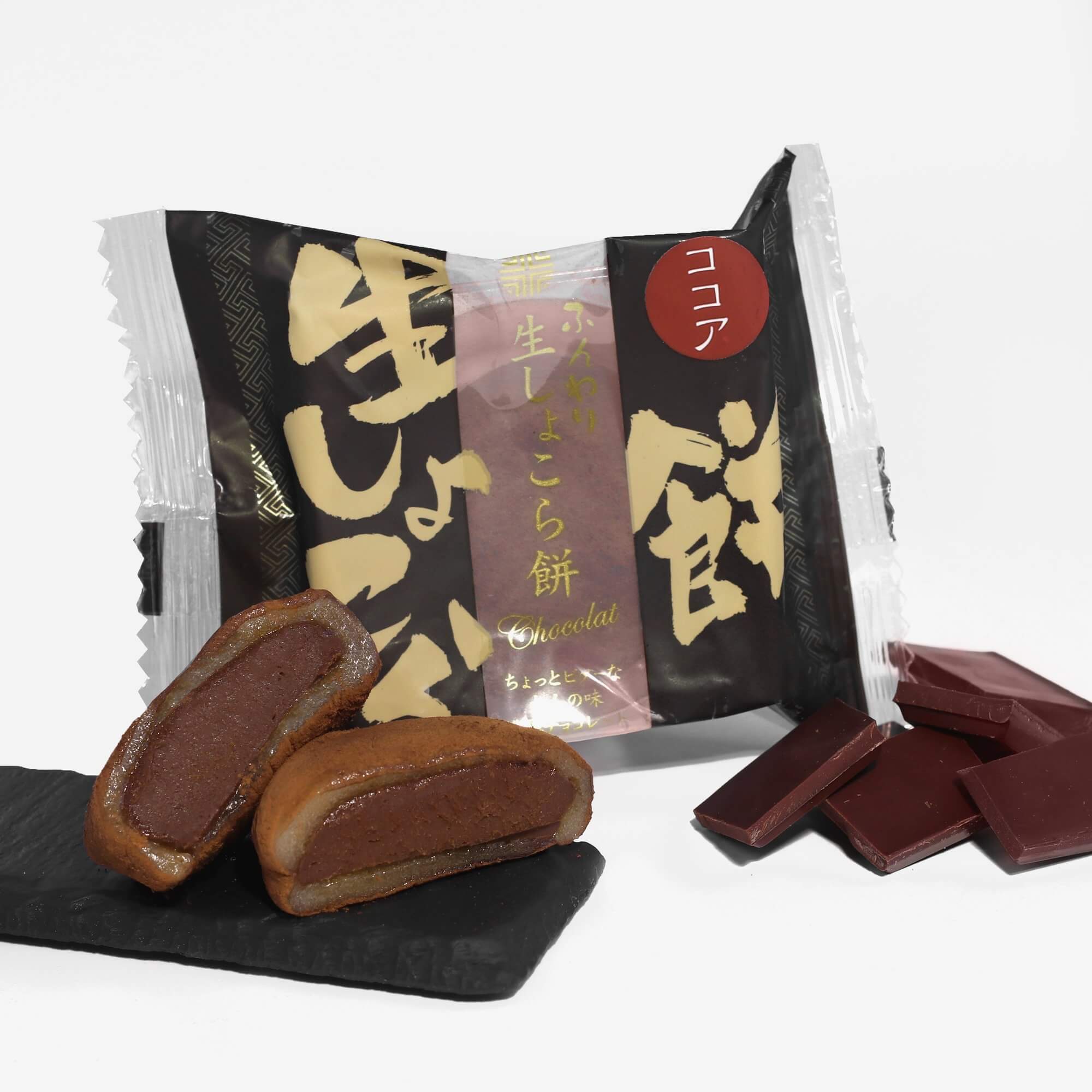 Cocoa Funwari Nama Chocolate Ganache Mochi are a chocolate lover’s dream! A sticky mochi covered in cocoa powder encases a decadent chocolate ganache filling. Just by looking at them you know that you’re in for a treat—even the packaging says “luxury.” These mochi are like biting into a mini chocolate cake, and they are perfect for when a serious chocolate craving hits. 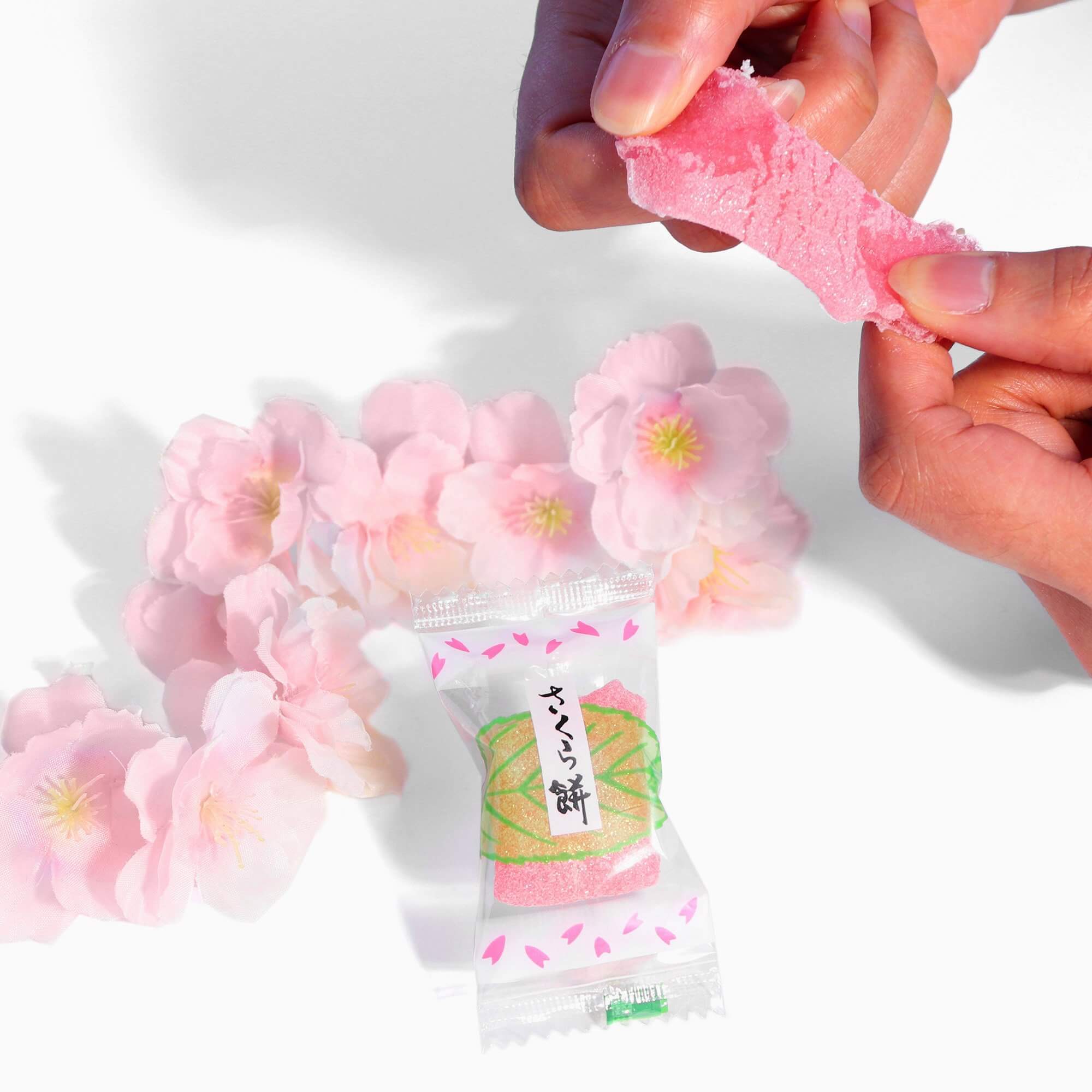 These Sakura Mochi have a wonderful light floral flavor that is perfect for spring. With adorable packaging and a vibrant pink color, they are almost too beautiful to eat. Their square shape makes them unique among the more common round mochi, but they still have the traditional sticky and chewy mochi texture. The delicious sakura flavor of these makes them a classic hanami, or flower viewing snack. However, these mochi can be enjoyed anytime as a perfect Japanese snack to accompany your afternoon tea.

Still looking for more mochi to try? Check out our selection of Japanese mochi available on our Market here. You might even discover something unexpected!

What makes a Japanese waffle different from a traditional waffle? Keep reading on to learn more about this Japanese phenomenon and how they have become so popular! What is Taiyaki?...

Read More
May 20, 2022
Japanese Melons: A Must-Try Fruit From Japan